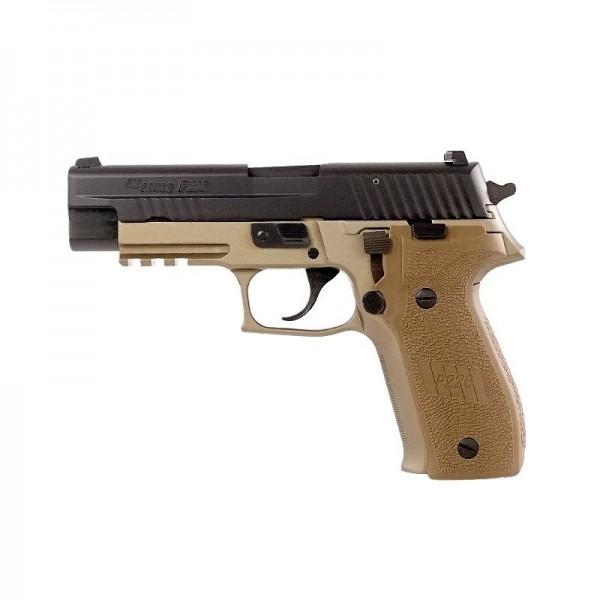 The Sig Sauer P226 is the pistol that set the standard by which all other combat handguns are measured. Designed as Sig’s entrant in the military trials to replace the 1911, today the P226 is the sidearm of choice for many law enforcement, military, and government agencies around the world, including Canada’s own elite Joint Task Force 2 and the U.S Navy SEALs.

Sig Sauer uses a four-point safety system, which employs a patented automatic firing pin safety block, a safety intercept notch, trigger bar disconnector, and a decocking lever, eliminating the need for an external safety and simplifying the draw procedure for these firearms.

In addition, designed to meet, and exceed rigorous military standards. The P226 Combat performs like no other 9MM available. Each pistol features the military’s Flat Dark Earth finish on its alloy frame and SIG’s Nitron finish over a stainless slide. The barrel is hard chromed and finished in Nitron which easily passes the military’s accuracy requirements, even after 20,000 rounds. The P226 Combat also passes the military’s 240-hour salt spray corrosion test. Outfitted with a true M1913 Picatinny rail, vertical front strap serrations and SIGLITE night sights.